After a month long hiatus visiting our son and his family in Seattle we are back on the road again with our sights set toward home.  We had a lovely visit with the grands and stayed busy in different ways than the weeks we spent on the road.  Movies, playground visits, sleepovers, and birthday celebrations punctuated our stay and Art was recruited to help Jason with some work around the house so his time was even more productive!  Our sight-seeing this time around was limited to a tour of the Boeing Factory in Everett (no pictures allowed) and a locks cruise from Lake Union into Puget Sound – both pleasant and informative ways to spend a few hours.  As always the time flew by and it was hard to leave these dear ones behind. 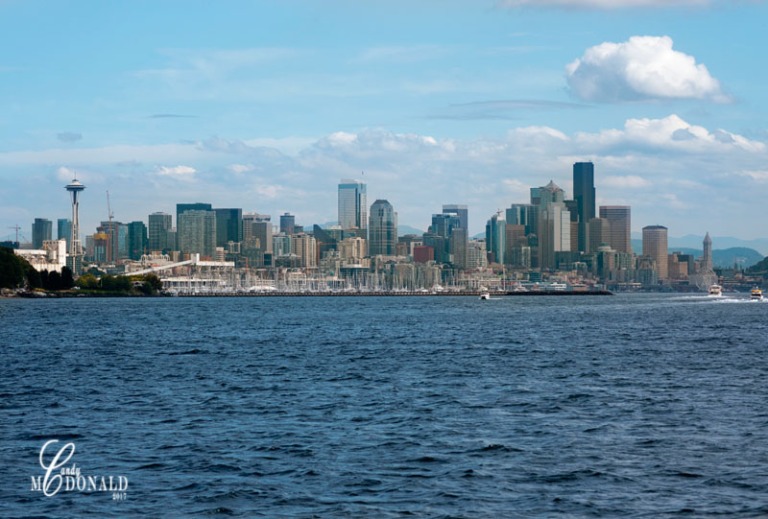 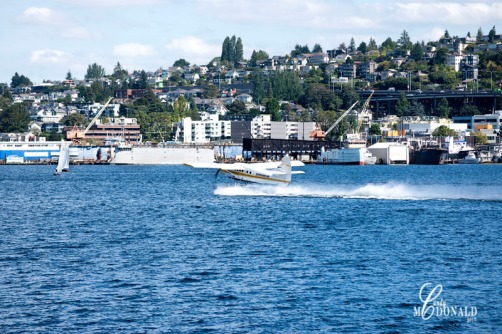 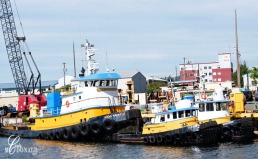 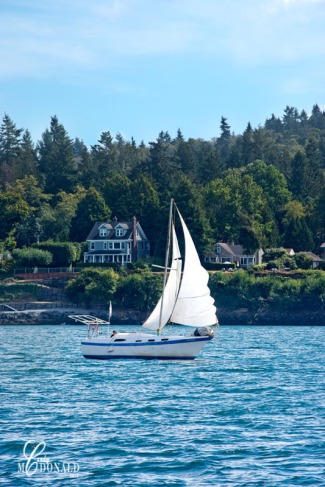 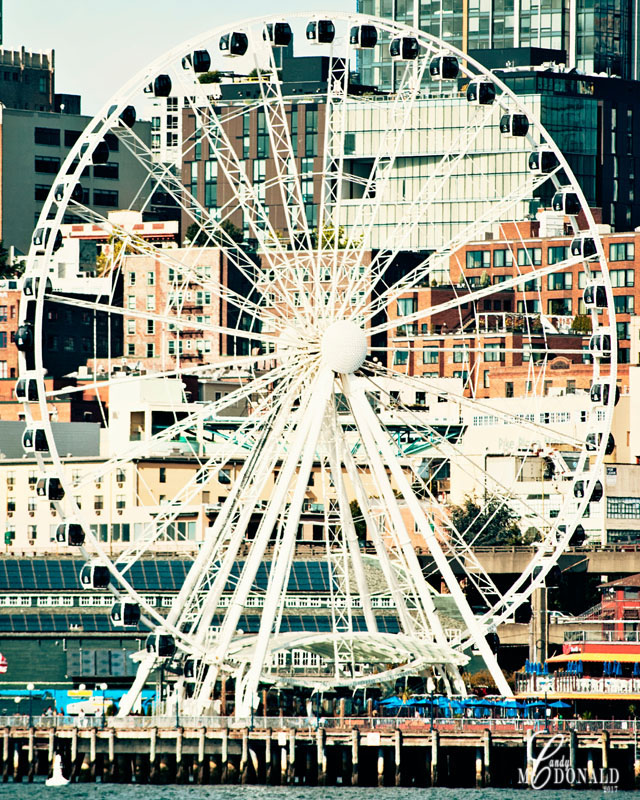 Our first day on the road started with the usual navigation of Seattle’s rush hour traffic on the 405.  Plugging along at about 4mph we made it to our exit 12 miles down the highway in 45 minutes.  Really don’t know how the locals do this every day – I’m guessing a lot of audio books get listened to out here!  Once on I-90 we began east through Snoqualmie Pass and just like last year when we traversed this way, it was shrouded in clouds and rainy.  Oh, well, it is still a pretty drive and they badly need the rain so no complaints.

Once over the mountains we hit a bit of sunshine and I am again struck by the difference in the geography on the east side.  Wet, lush, and green meets dry, arid, and brown – both striking, just in different ways.

We turn off I-90 to head toward Oregon and thus ventured off the route we took home last year.  This way leads us through Washington’s grape growing region as evidenced by the acres and acres of vineyards we pass.

Because it is remote and expansive, a passing cold front kicks up some strong crosswinds and for the first time in our travels we are sidelined by a problem with the RV.  A rogue gust at just the right angle met our awning and attempted to blow it open.  What a racket as it slapped against the side of the RV!  We pulled over immediately (thankfully, not a horribly busy stretch of road) to assess the situation.  We needed to open the awning and try to re-close it but that wasn’t possible because of the strength of the wind.  So, Art, bless him, climbed up on top of the rig and rolled it up the best he could and zip-tied it shut.  Let me tell you folks, what duct tape won’t fix zip ties will and in less than an hour we were back on the road again.  (Where is a tailgunner when you need one?)

After that dramatic escapade we drove the remaining 120 miles uneventfully to our first stop on this trek – LaGrande, Oregon.  This town of approximately 14,000 sits in the Grande Ronde Valley just east of the Blue Mountains.  Many pioneers following the Oregon Trail settled in this wide valley that proved a perfect setting to grow crops and raise cattle.  The town also serves as one of the gateways to the Hells Canyon Scenic Byway a 208 mile loop through some of Oregon’s greatest natural wonders.  Think we may just have to incorporate a longer visit here next year to further investigate this lovely area! 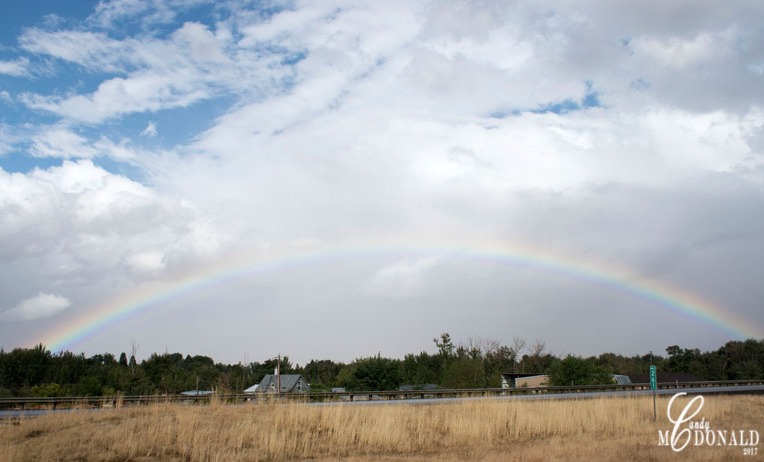 Up and out before 8:30 on day two we headed to Eden, Idaho.  The day greeted us with rain and so for the first hour we found ourselves driving among misty valleys and hills draped in low hanging clouds.

The temperature was a chilly 43 so the cup of tea for the road was a welcome one!  This portion of Oregon is not quite what we expected – gold and brown in color with the Blue Mountains as a backdrop made for a beautiful contrast of colors.  It is also hillier than anticipated so we dealt with a bit of grade in the RV.  Frankly, I liked it a lot and happy we chose this route to “mix things up a bit”!

Within 120 miles from the start of this day’s journey we crossed the Snake River into Idaho.

At this point, the mountains became distant and the land in between them flat and wide-open.  The posted speed limit here is 80 mph which would be easy to do in anything other than an RV!  In between the flat and wide-open we drove through Boise, Idaho’s capital and largest city.  Stopping briefly to stretch our legs we saw this city only from a distance but after being pretty much in the middle of nowhere it was a glimpse of civilization.  As we continued on our way the topography remained mostly unchanged except for a stretch where we crossed the Snake River again and then the land gave way to an area of buttes before turning flat again.

Our stop for the night was in Eden, ID.  A town of just 400 people, this is one of those dots on the map that I wrote about when we started our grand adventure.  The campground was pleasant enough, however, and we slept well for our next day’s travels.

Waking to a beautiful sunrise we lingered over our coffee and tea since our drive to our next layover in Salt Lake City was just shy of 220 miles.  This portion of our road trip was not unlike the day before.  We drove through a vast valley of high desert terrain with road signs warning of “severe weather area” and “dust storm area” both of which, thankfully, we were not a witness to.  Exits off the highway were few and far between and had forbidding names like “Rattlesnake Pass”.  Obviously, not a part of the country for the faint of heart! 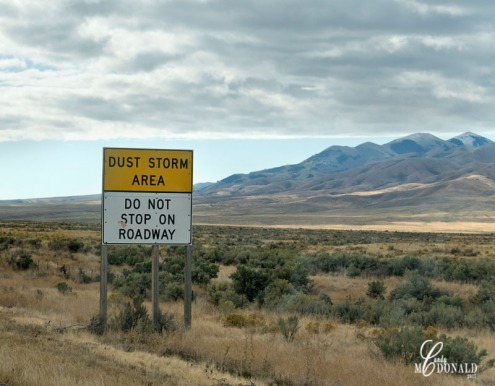 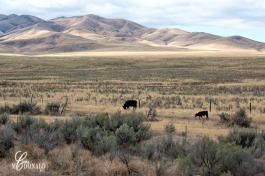 We arrived in Salt Lake City around lunch time which allowed us the afternoon to do some investigating of the downtown area.  We walked around the Mormon’s Temple Square and visited the state capitol building which sits on a ridge slightly above the city with lovely views from its steps.

With Ogden to its north and Provo to its south, the Salt Lake City metropolitan area exceeds 1.2 million people and is the most populous region of the state.  It also sprawls about 90 miles along the I-15 corridor but with good roads, light rail, and city buses the drive through it was relatively painless.  We only saw the lake from a distance – it sits about 20 miles west of the city so we chose not to make the drive out there.  Maybe we will see it another time – never know where the next road leads to!