Thought I’d better write an update to our blog before everyone began to wonder if we had fallen off the map! We have kept ourselves busy over the last two weeks with a lot of this and a little of that. Enjoying lunches and dinners with our family, sleepovers with our granddaughter, and sightseeing adventures thrown in, our cups are running over! In fact, my next post will address these assorted wanderings, but today I want to focus on the cruise tour we took on Lake Union.

Last Friday dawned sunny and warm so we thought it a perfect opportunity to take Argosy Cruise Line’s 1.5 hour tour of Lake Union. 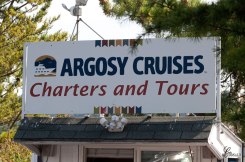 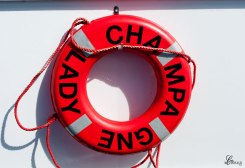 The lake sits just north of downtown Seattle and is part of the Lake Washington Ship Canal that connects the freshwater of Lake Washington to the salty Puget Sound. It is a very active commercial shipping route but most of you are probably more familiar with its large population of floating homes and houseboats (remember Tom Hank’s home in Sleepless in Seattle?).

Our cruise started at the south end of the lake and we made our way north along its eastern edge. This route took us by some of the industry that calls this area home, assorted shipyards, and, of course, the ubiquitous floating home. 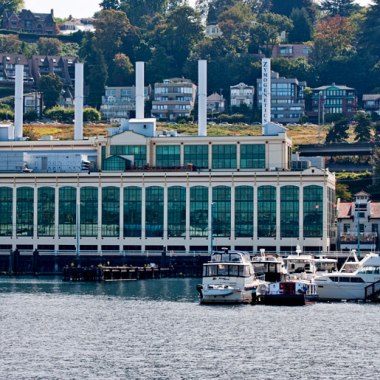 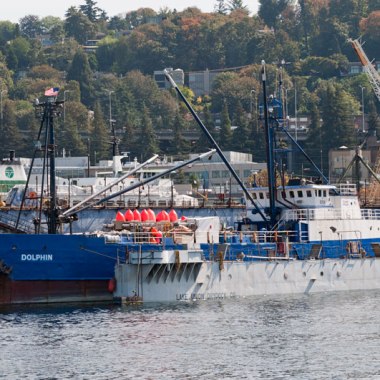 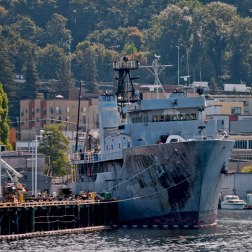 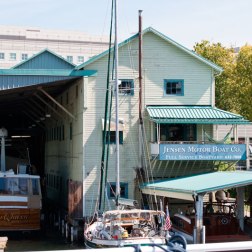 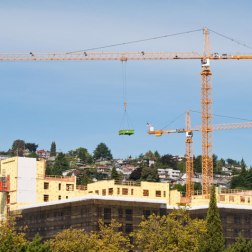 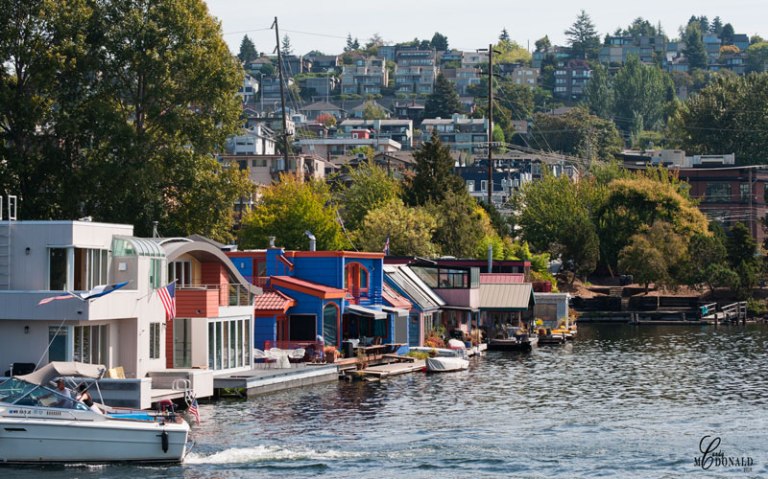 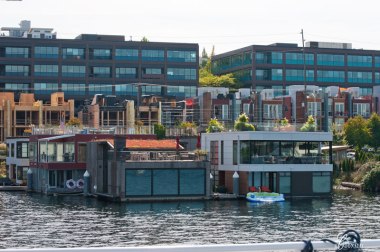 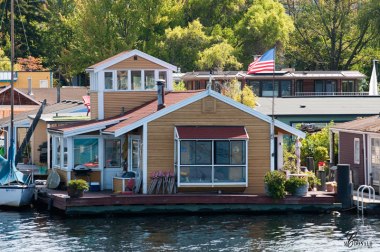 The floating homes on Lake Union have quite an interesting history that is too long to recount here, but check out this link to read more. To tempt your further investigation, let me just say that these properties were once considered the “cesspool of Seattle” but now are some of the city’s finest! At the northeast end, we entered the Montlake Cut. This 2,500 ft. canal, completed in 1909, finished the connection between Lake Washington and Lake Union with the Puget Sound. This was done to improve shipping and contributed to Seattle’s success.

Navigating through the Montlake Cut we went under the I5 bridge and entered the University of Washington campus. 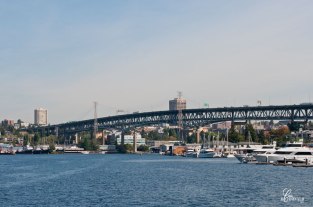 The Huskies’ stadium loomed to our left 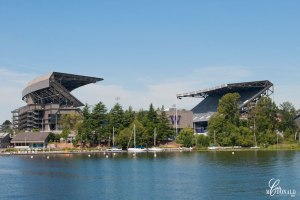 and the arboretum passed to our right as we moved into Lake Washington. Here we saw views of the Cascades and Mt. Rainier (though hazy) as well as lakeside homes boasting lovely views with price tags to match!

Returning back into the cut we had a better view of the Montlake Bridge. Built in 1913, this bridge enjoys the status of being listed on the US National Register of Historic Places. Its control towers on either side are designed to mimic the University’s Collegiate Gothic style according to Wikipedia. 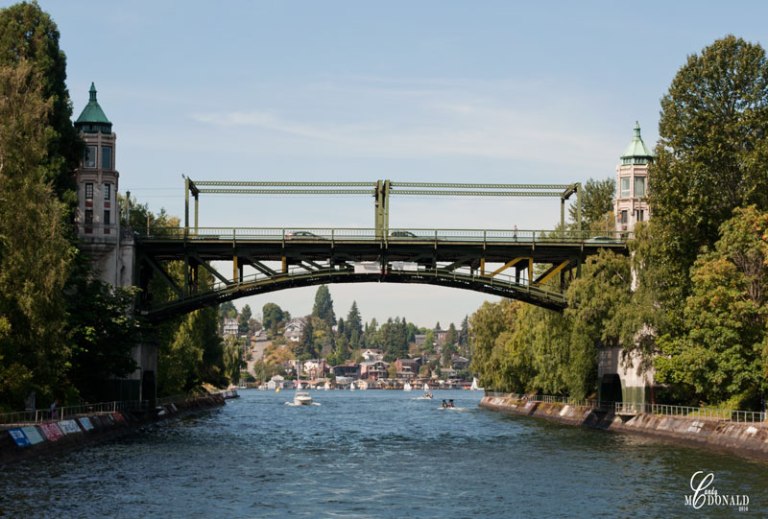 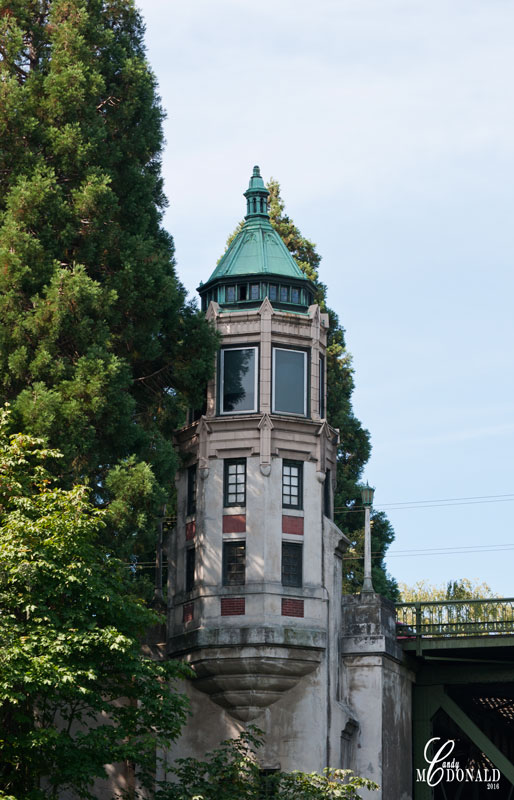 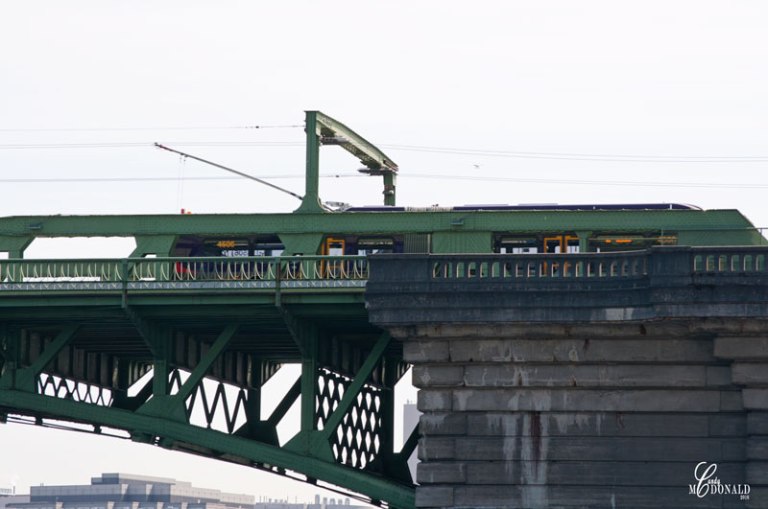 Once back on Lake Union, we cruised alongside Gas Works Park. 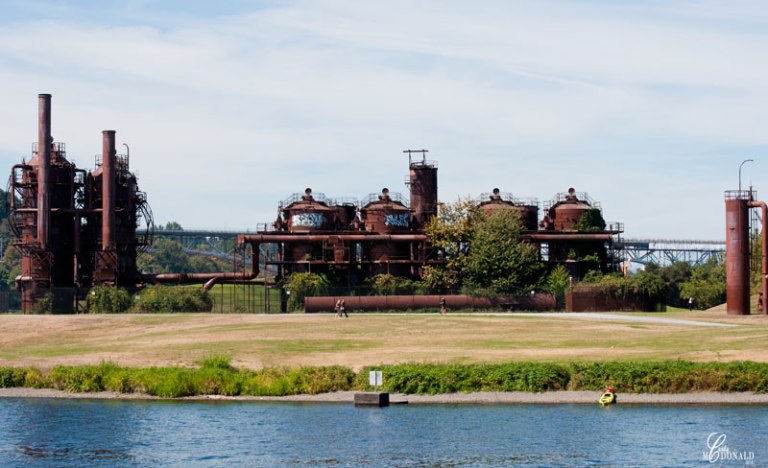 With its history as a coal gasification plant (1906-1956), the remaining pipe works give this park quite an industrial steam-punk look. For you 30 something young ladies, it is also a location featured in the Heath Ledger movie 10 Things I Hate About You. It’s actually a pretty cool landmark and from its vantage point on the north end of the lake it offers spectacular views of the city skyline.

With the city as its backdrop, this is the place to spread your blanket for the city’s July 4th fireworks show set off in the center of Lake Union.

Continuing our way back to the dock we now sailed the western shore and here is where we snapped pictures of the houseboat actually used in the filming of the Sleepless in Seattle movie. (I’m sure its current homeowner must love this!) 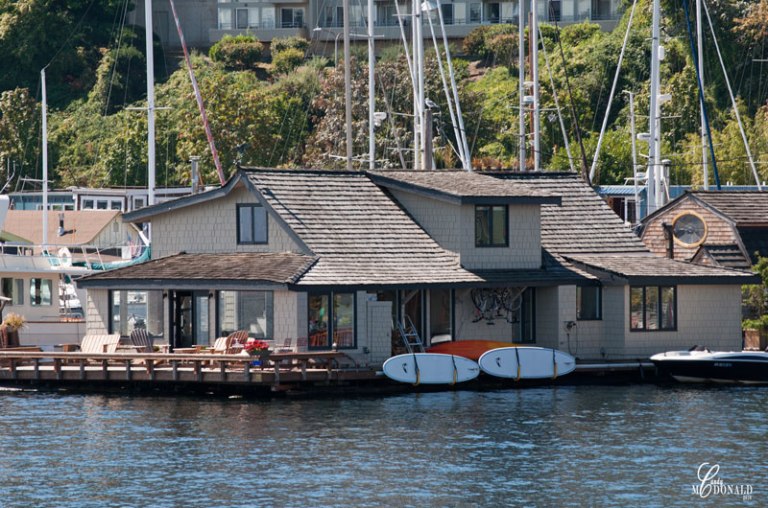 With sea planes landing and taking off, pleasure boaters and paddle boarders in abundance, and many city sights, Lake Union is one happening place! This, as they say, was worth the price of admission! 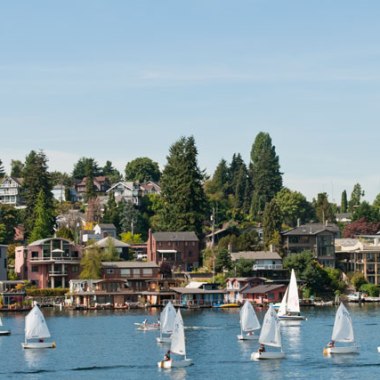 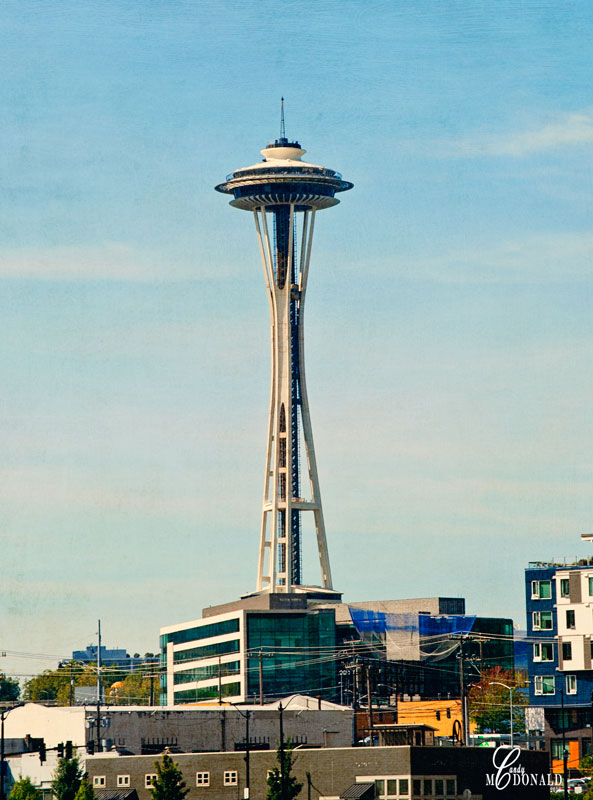 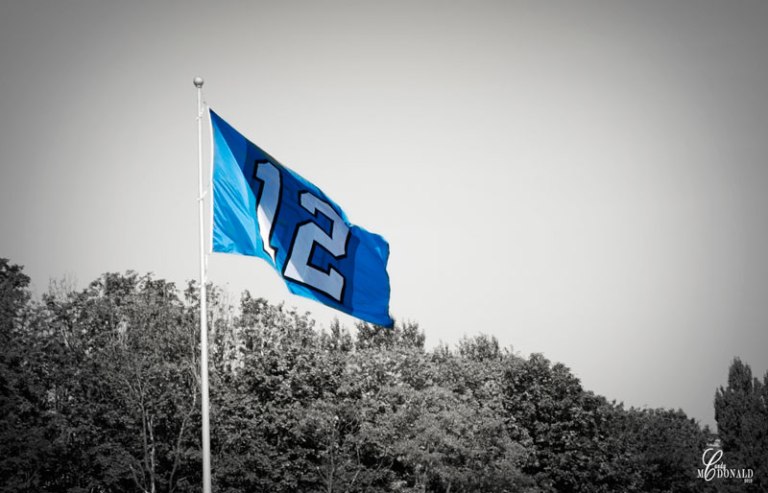